The Carphone Warehouse Ltd was established in 1989 and is based in London. Carphone Warehouse acts as an intermediary between mobile network operators and mobile manufacturers and retail customers. It currently has 2,144 stores and employs 19,810 people. It is Europe's largest independent mobile phone retailer. Outside the UK and the Republic of Ireland, the retailer is named The Phone House and the first stores were opened in 1996 in Paris and Dublin. In 1999, Car Phone Warehouse acquired Tandy UK for £9m, in 2000 Cellcom for £9.1m and in 2002 Opal Telecom. In 2004, it acquired e2save for £4.7m. The following year, The Carphone Warehouse bought Onestopphoneshop for £15m, Tele2 for £11.5m and One.Tel for £169.6m. After its purchase of AOL UK for £370m in 2006, Carphone Warehouse became the third largest broadband provider, with over 2 million customers. The 2006/07 Annual Report reported revenues have reached almost 4 billion pounds. It is presently the largest independent retailer of mobile communications in Europe.

The Carphone Warehouse offers the largest mobile phone repair service in the UK. Fresh is Carphone Warehouse's mobile virtual network operator business, which was launched in 1999 after an agreement with O2, who provide access to their network. Fresh is promoted on the strength of: low monthly rental charges, no contracts, credit checks or paper billing, monthly customer billing by SMS and air-time top-up notification by SMS. They sell news messaging services, with a choice of CNN, Sky News, BBC, the Guardian and the Financial Times on their MViva portal. Mviva, Carphone Warehouse's data services division, was launched in 2000. It includes services such as SMS alerts, audio-texting, ringtones and icons and has arrangements with over 200 third party content and service providers.

Orders through Carphonewarehouse website include free delivery and there are new special offers every month for pay monthly and pay as you go tariffs and mobile phones, including cashback deals. The Carphone warehouse also sells mobile accessories such as bluetooth headsets, ipods and memory cards at discount prices. SIM free handsets are available as are SIM cards alone. There is a wide range of mobile phones available both through the website and Car phone ware house stores. You can choose between a range of network providers including T-mobile, Virgin, Vodaphone and O2. If you know which mobile phone you want, you can search a particular brand or model. Alternatively, you can search by network of phone features. Carphone Warehouse was amongst the first to offer Apple's ipod 3g phone in November 2007.

The Insider section of the website offers news of products, coming soon mobile phones and services that are available for your mobile phone. A forum exists with over 8,000 members where you can exchange information and ask questions about all the popular mobiles and networks, as well as simply chat to other users. All older posts are archived giving a wealth of information about mobile phones that may not be easy to find elsewhere.

If you prefer to buy face to face rather than online, the website offers a function whereby you can find the locations of nearby stores. Car phone ware house has set up a link to the blacklisting database of all the network operators to ensure that any mobile phones stolen from their stores will be blacklisted immediately.

CarphoneWarehouse's most recognisable ad campaigns star "Moblie" (or Moblee, I have no idea ...). Carphone Warehouse was the sponsor for the UK version of Big Brother from series 5 in 2004, until 2007. Their sponsorship was suspended as they considered that Channel 4 had not taken sufficient action in response to the alleged racism in the show, and then finally dropped. From June 2007, the Carphone Warehouse became the official sponsor of the fourth series of The X Factor with a deal that lasts for three years. 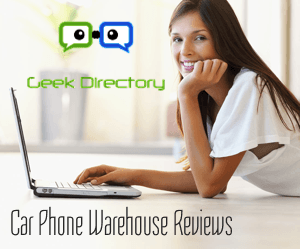 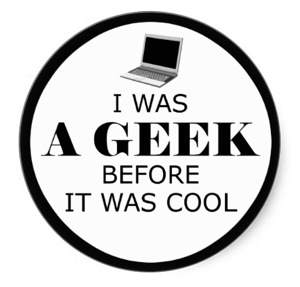