iPhone Insurance Fraud on the Rise

Owners of the iPhone are resorting to insurance fraud to get the latest handset according to specialist insurer Supercover. Carmi Korine, director of the insurer has found that as new upgrades are launched for the iPhone, they begin to notice an increase in claims for lost or damaged phones. They say that around 4 out of 120 claims for the iPhone are fraudulent. They reject around 25% of these claims. The insurer asks the claimant to send in their damaged phone and it was often very obvious that the damage claimed for was not consistent with the actual damage to the phone. iPhone insurance was the fastest growing in the gadget sector according to Supercover.


The launch of Channelgoods.co.uk means that weeks of waiting for gadgets to be repaired could be a thing of the past. The company actually encourages people to send off for replacement parts and then sends them the part plus instruction manuals and videos to help the customer repair the goods themselves. They also offer a number of upgrade packages to allow the customer to make modifications to their gadget to enhance them. Channel Goods is also based in the Channel islands and is therefore able to offer their goods at much lower prices than can be achieved on the UK mainland.


The EU funded i2home project is being tested in Germany and aims to allow people the opportunity to control their home services from their mobile phone or similar gadget. The researchers worked with alzheimers patients, blind people and those with cognitive problems to develop the aids. The platform requires all household appliances to be networked together and linked to the gadget via the i2home device. The appliances can then be run from the mobile phone or even the remote control from the TV. It is currently in the testing stages, but is proving to be popular with people who are older or who have disabilities.


Welsh secretary Peter Hain has announced that the Government wants to make the M4 in South Wales a "hydrogen highway". The plan involves putting a number of refuelling points for alternative energy vehicles such as hydrogen and electric at strategic sites along the M4. The lack of hydrogen filling stations has long been a problem in encouraging people to use this alternative fuel and the minister hopes that this highway along with future extensions will improve usability. The plan is due to completed by 2015 and it is hoped that investment will come from the motoring industry. The scheme has been backed by the director of Friends of the Earth who has said it will reduce greenhouse gases as well as developing the green economy in Wales.


Liberal Democrat leader Nick Clegg has announced plans this week to improve the UK's wind turbine manufacturing industry. He says the Lib Dems would divert £400m to support 7 projects which would convert underused shipyards into wind turbine pants. He pointed out that 90% of the production of wind turbines used off the coast of Kent go to overseas contracts and it represents a huge opportunity for the UK manufacturing industry. He also felt that upgrading shipyard facilities would encourage overseas firms to use the facilities and buy from the UK. The funds would come from the development of a new Renewables and Energy Efficiency Delivery Authority.


The Department for the Environment, Food and Rural Affairs (DEFRA) has conducted a survey which found the UK men tend to be somewhat relaxed about recycling the batteries used in their gadgets. They found that 30% of young men aged 16-18 already recycle their batteries while 78% of men aged 36-40 throw theirs away. The Welsh proved to be the best recyclers and Londoners were the worst. The survey was carried out following a new European Directive which says that any store which sells at least one pack of batteries a day must provide a recycling bin for used batteries.


Danish technology company Ciklum has announced it will be sponsoring this years Tech Tour which will visit London and Dublin in April 2010. The Tech Tour will see a number of technology companies in the UK and Ireland compete for a chance to become one of the 30 participants. They will be assessed on the uniqueness of their product, their business model and their vision. Victor Basta the President of the UK and Ireland Tech Tour commented that the sponsorship will help run the event which aims to find the global technology leaders of the future.

» Eighties Nostalgia Hits the Gadget Market
» iPad Prices Suggested ... Like you needed more reasons to hate it ...
» 3D TV is Finally Out There!
» 3D Channel to be launched this year
» Centre for "Technology Addiction" Opens Up
» Gadgets Responsible for Kids Bad Behaviour 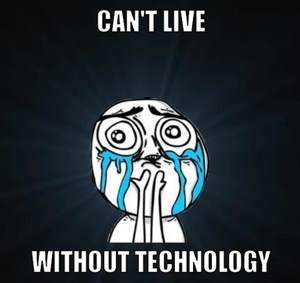