With Apple firmly established as the ultimate geek brand, MacWarehouse, with its offering of all things Apple, is geek shopping heaven.

Although it isn't part of Apple, it's been selling the company's products since 1991. The domain name MacWarehouse.co.uk is owned by Micro Warehouse, along with MicroWarehouse.co.uk and Inmac.co.uk, with all three selling computer products online. For some reason, however, www.macwarehouse.com is a website called CDW which, whilst sporting an "Authorised Apple reseller" badge is not the UK company. The company started in the US in 1987, filed for Chapter 11 bankruptcy protection and was bought by DSG International in 2004. It became part of PC World Business and then relocated to Bury in 2005 as part of DSGI Business, which is Apple's largest reseller in the UK. DSG has its headquarters in Hemel Hempstead and numbers Currys, PC World, Dixons and Pixmania among its brands.

The website at www.macwarehouse.co.uk covers the whole Apple range, categorised as Laptops, Desktops, iPods and Accessories, with a clearance section where you've the chance to pick up a bargain. Included are cameras, camcorders, sat navs, projectors, software and much more, with a variety of search methods available to find what you want. One of the latest testimonials states, in true geek style: "I really like the product selector capability". With, surely independent, recommendations like that, it's a site you can't miss. ;)

Although 'everything Apple' is available, there is recognition that there are other brands around. In particular, the company's engineers work on both Mac and PC platforms for networking and other requirements. The company is, in fact, a Gold Certified status Microsoft Partner, which might just upset the more ardent of Apple lovers who base their love in Windows hatred.

The ties to Apple Macintosh for the Warehouse go back a long way and are strong as a result. This means that there are apparently weekly visits from the Apple Account Management team and a good relationship with Apple's senior management. The company is an Apple Authorised Reseller, an Apple Authorised Service Provider (one of Europe's largest with the most accredited Apple engineers in the UK), holds Apple Solution Experts for Education accreditation and is a Mac Specialist Reseller. Their geek crown is probably wireless and plays MP3s too!

In reality, what all this means is that the company has available a wide range of products, high stock levels and competitive prices due to DSG's buying power. It is also able to offer a range of services for individuals and businesses. This covers bespoke IT services, consultancy, support and a variety of purchasing options.

A company's success is often measured in the awards it has won. In this case, it means being voted the Best Mac Reseller by Macworld readers for ten consecutive years. It has also won the 'Reseller of the Year' title in the MacUser Awards for eight years up to 2008, missing out only in 2001 and 2005.

The Americans Are Coming
Vodaphone have announced they will be selling the Google Nexus One phone in the UK from April 30. For just £35 per month, on a two year contract, customers will get the first Google branded pho... 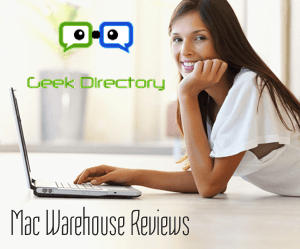