You can Charge your Mobile via Wifi ... of course, Sony announces longer battery life so you don't need to

>> Virgin has questioned 2000 people in the UK regarding how stressful they find it when their gadget stops working and what sort of support they get from their provider. 78% of those surveyed said they had shouted at their technology and 21% had even thrown them against a wall. 14% claim to have punched their gadgets. In response, Virgin have launched Virgin Digital Help which will offer downloadable tools, online and telephone help and even home visits. Currently 48% of us would turn to a friend for help with their wayward gadgets and 78% would rather spend two hours sorting the problem themselves than spend 20 minutes on a helpline. In fact, more than half considered being kept on hold on a helpline more stressful than being caught in traffic and many thought that losing their collection of music or photos would be worse than dumping their partner.

>> A new system from electronics company RCA known as Airnergy, will charge up gadgets simply by harnessing wi-fi signals. The makers claim that the "wi-fi hotspot power harvester" will take small amounts of the signals broadcast by internet access points and turn it into useful power for mobiles and MP3 players. The device is around the size of a dongle and can be plugged into any USB connector. The device will not power large gadgets like laptops, but is suitable for use with smaller items like mobiles. It goes on sale later this year in the States and will hopefully hit the streets in the UK sometime soon after.

>> After months of waiting and speculation, Google has finally launched its first mobile phone. The Nexus One will be available through Vodafone when it is released in the UK. It is currently available through T-Mobile in the States or via the Google website for £331, sim-free. Those who buy the phone will be able to browse the web using Google as well as take photos and play games. The phone uses Android 2.1 software, designed by Google. The launch was designed to overshadow the start of the Consumer Electronics Show which started in Las Vegas this week. Experts have said that the phone is superior to the iPhone due to its larger screen size, the speed and the 5 megapixel camera.

>> T-Mobile have announced that they are set to bring the Vega touch screen to the UK later this year. Described as a "family hub tablet", the android based screen is designed for use in a kitchen, with a splash proof body and screen. It has a 15 inch screen, incorporates a calendar and can send messages to mobile phones. As well as making calls and sending texts, the gadget will play videos, browse the web, play on-demand TV, FM radio, games and music. The price hasn't been set as yet, but will be announced closer to the release date.

>> The Sony Walkman A845 has finally been given a date for the UK launch. Due in February, the OLED Walkman has an amazing battery life, digital noise cancelling technology and impressive display and functionality. Weighing just 62g, the Walkman is only 7.2mm thick, yet it has a 2.8 inch OLED screen. The only drawback appears to be that it only comes with 16GB of memory, but this is more than enough for music, if the user does not want it for photos or apps.

>> A UK firm is set to challenge the Amazon Kindle and its dominance of the e-reader market. Plastic Logic has launched the Que e-reader at the CES in Las Vegas and has plans to release the product in the US, but the UK will have to wait. The device has wireless and 3G connectivity and a black and white screen. It is also currently up to £500 more expensive than the Kindle, depending on the size memory purchased. The difference between the two products lies in the plastic screen rather than a glass based product which is heavier and more bulky. The device is currently supplied with digital books by Barnes and Noble giving the user 700,000 books to choose from. Amazon can "only" offer 400,000 books at the moment.

>> With Christmas and New Year finally over, many people in the UK are considering the best way to lose those few pounds which have crept on. To keep dieters on the straight and narrow a new set of digital scales may do the trick. Produced by Withings, the scales are connected to the internet via wi-fi and will Tweet the users weight each time they are stood on. By sharing the weight loss (or gain) the user is motivated to keep to their diet. The scales are also due an upgrade in the near future to allow use on Facebook. The scales are available online for around £100. 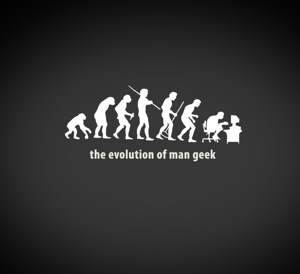