>> Huge demand for tickets to the Gadget Show Live has meant that the organisers have been forced to add an extra day to the schedule. The show will now be held from the 7-11 April at the NEC. This is is just the second year that the show has run and follows from last years success when it scooped an Event Award. Attendees will be able to see a live version of the show and see exhibits by more than 180 manufacturers. It is the first time such a show at the NEC has needed to extend its run.

>> Nokia has achieved 1.4m downloads of its Ovi Maps navigation service since it made it free to those with compatible handsets on January 21. The countries which have been taking the most advantage of the offer are China, Italy, UK, Germany and Spain. Anssi Vanjoki from Nokia explained that despite the application being free, the intention was always to make a small amount of money from many users rather than a large amount from a few users. Other applications can be purchased to be used alongside the application. It is also thought that the app will be used for advertising purposes in the future.

>> Computer Aid, a charity which specialises in recycling unwanted gadgets for use in schools, hospitals and community projects in developing countries, is calling for help this February. They will be accepting donations of any working gadgets which they will sell through their Ebay account to raise money for charities in Africa. They can also be nominated to receive a percentage of any private Ebay sales. Anyone who nominates the charity will have their listing highlighted with a charity ribbon, making it stand out from the rest. The Charity has pointed out that 25 million netbooks were bought worldwide in the last year, meaning that many old laptops and PC's must be sitting unused.

>> Scientists at the Imperial College London have developed a new material which can function as a battery as well as a material for making things. The technology was originally used to extend the battery life of hybrid cars, but could be put to use as a casing for laptops or mobile phones. Dr Emile Greenhalgh from the college commented that it may be possible to develop a mobile phone as thin as a credit card or a laptop which can draw energy from its casing, so it won't need charging as often.

>> Study of 1025 teenagers carried out at Ludwig-Maximilians University in Germany has discovered that the use of computer games, mobile phones or TV has no link with headaches. This is despite the many warnings and concerns from parents. It was found however that listening to loud music for more than two hours per day can be associated with headaches.

>> Twentieth Century Fox has taken promotion of their movies to a new level with 3D innovations on London streets. The trailers for the Percy Jackson and The Lightening Thief movie have been converted from 2D to 3D by fixing a specialist filter to the HD display on bus shelters in high profile locations such as Kensington and Oxford Street. The image is interpreted by the viewer as a real 3D scene. The UK Marketing Director at Twentieth Century Fox commented on the new technology by saying that outdoor digital technology has improved to such a degree over the last 18 months that they have been able to showcase movies in brand new environments.

>> UK fashion label Burberry is to stream its next runway show live in 3D from events held in New York, Paris, Dubai, Tokyo, and Los Angeles. Burberry has joined with Sky to use their 3D TV technology to bring the shows to the private screenings. Those who are not able to attend the private 3D shows will be able to watch the shows in ordinary 2D on the Burberry website ... (yay!)

>> Insurance company Swinton has revealed research which has shown that people in the UK value their gadgets above their other possessions. In a poll of 1200 of their customers Swinton discovered that 35% ranked gadgets as the number one treasured possession. This was followed by furniture and jewellery. Even photos came in at number six on the list. The insurer pointed out that many people are unaware that their electronic gadgets are covered by their home insurance, however it always pays to check your cover to ensure the most treasured items are covered fully.

With gadgets, it's always advisable to check that the information held on them (such as music downloads) are covered too.

» iPhone Insurance Fraud on the Rise
» Eighties Nostalgia Hits the Gadget Market
» iPad Prices Suggested ... Like you needed more reasons to hate it ...
» 3D TV is Finally Out There!
» 3D Channel to be launched this year
» Centre for "Technology Addiction" Opens Up 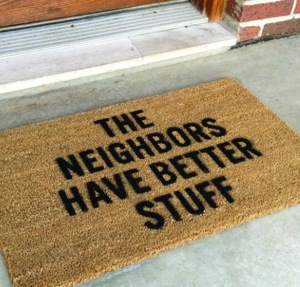