BoysStuff was launched in 1997 by Richard North and his friend Peter Bowdler and is now one of the UK's leading gadget and gift retailers. North had been in business since the age of 28 and began with a Birmingham based binoculars and telescopes business. The two tried to get start-up funding from the networking club First Tuesday in Birmingham and London, but found that venture capitalists would not invest until the concept had been seen to work and had to put their own money in. In its first year, the company had a turnover of about £400,000. Small ads in FHM magazine and similar helped to spark the craze for gadgets & boys stuff. A spin off company Wow! Stuff has developed three brands - Natural History Museum, Mensa and Science Museum, each with its own range often with an educational theme.

The idea behind BoysStuff is to escape boredom and drudgery through clever and unusual toys supplying things for lads. The products aren't children's toys but are big boy stuff. In its early days the company had success using traditional catalogue marketing but it soon it recognised the need for a website to enable customers to make purchases and launched www.boysstuff.co.uk in 1999 (www.boysstuff.com works too). Originally based in Willenhall, Boysstuff moved to larger premises in Wolverhampton in 2001 to cope with the growth in customer base and product range and again to Bilston in 2003.

Boy'stuff gained substantial investment in 2001 and was able to expand and focus on building its market position in supplying fun stuff for boys in the 18-40 age range and extend the brand to offer Boys Stuff Gadgets. That same year, Web-User web review magazine awarded Boy's Stuff their 5 Star Award for excellence beating Dixons, The Gadget Shop, Innovations and others. A sister company, Boys Stuff Design, was launched as an import and distribution operation focussed on sourcing gifts and gadgets from around the world. At the end of 2001, Boysstuff were invited to sponsor the British Comedy Awards. By the end of 2002 1.4 million people were visiting the website in a single month. In 2003 the range was expanded to include adult-orientated products in an attempt to avoid tacky products and sleazy sales pitches. In 2004, BoyStuff won the Best Transactional Website award from European Catalogue & Mail Order Days for the second year running. In 2006 the company was classed as an eSuperbrand. They now sell over 900 products of cool stuff for boys in the categories of gadgets, experiences, boys toys, fun and games, bachelor pad products, sports and girls stuff.

The website for Boys Stuff UK Ltd offers a vast range of products. All products can be searched by price or how recent the product is. The New Stuff section of the website lists cool boys stuff that has recently come on to the market. A list of products on the side makes it easy to browse and takes you to stuff for lads that you may not even have been aware existed. Boys Stuff games include games tables as well as smaller boy stuff games such as marked playing cards. Amongst other cool boy stuff, there's the option to buy experience days, which include flying and driving experiences as well as more sedate activities such as cookery courses. You can buy a gift voucher if you're not sure which experience would be suitable for someone. Although most of the products on the website are things for boys, the girl stuff section contains a number of items aimed towards female customers ranging from a pole for pole dancing to designer mugs.

Some of the boy things on offer are very unusual and hard to find elsewhere. For example, you can purchase your own jukebox or a table with all of your favourite arcade games built in. Cheaper options for boy's things include flying monkeys and belly button brushes. Lad things for the home are featured in the Bachelor Pad section of the website and include items such as beer making kits and hammocks. Whatever sort of big boys stuff you're after, you'll find boys things to satisfy all tastes and pockets. Lads things in the Fun and Games section of the website include such items as an inflatable referee costume and finger drums. Although most items for sale are lads stuff, some products such as the Twister towel are designed for sharing. If you really can't find something suitable, you can follow the links to partner sites Gift Ideas and Gadget Shop.

A 30-day money back guarantee and a 12-month warranty applies to all products and you can track delivery online. A delivery charge is made and for a higher charge you can choose next day, Saturday or same day delivery. All major credit cards are accepted.

On a navigational note there has been some forward thinking with the protection of, not only their brand, but their customers too. By purchasing all the variations such as www.boy-stuff.co.uk, www.boys-stuff.co.uk, www.boy-stuff.com, www.boys-stuff.com and www.boystuff.co.uk they not only stop other companies from setting up but also protect their users from going to the wrong site and being scammed by phishers. Sadly, only the latter address seems to actually redirect you to the correct site so even though you might think it is easy enough to remember, bookmarking the correct site will always be an advantage. Indeed, with the number of products to sift through you might want to bookmark any products you find interesting as you may forget about it once you get to the next one! The only address that does not seem to be owned by them is www.boystuff.com though we did not take the time to check out regular errors such as boysthings, boythings, ladsstuff, ladstuff and so on. We've noticed that some of you are sticking to proper grammer when searching for this company using www.boy'stuff.co.uk and www.boy'stuff.com in the search function. Good for you! Glad to see this country hasn't completely fallen apart when it comes to good grammer. Unfortunately, apostrophes are not valid charaters for website addresses so you'll just get a big error message. Maybe something to bring up with your MP next time though? 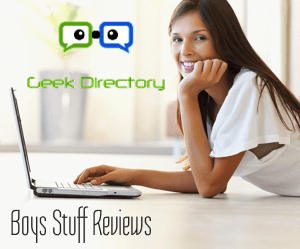 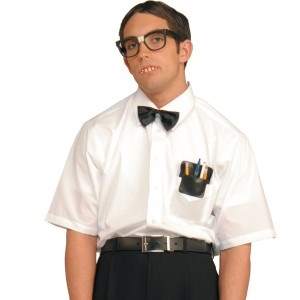