With a name that apparently derives from the French "Quel cout?" ("At what price?") or "Quel coup" ("What a bargain"), Kelkoo is the biggest e-commerce advertising platform in the UK and Europe. As an e-commerce website, it's up there just behind Amazon and Ebay with 8.5 million unique users every month, of which 3 million are in the UK. It was founded in France in 2000 through the merger of UK-based ShopGenie, Dondecomprar of Spain and Zoomit of Norway, and now operates in ten countries, with its UK operation based in London.

The big attraction of this price comparison site is the range of items it covers, with more than three million products that include many leading brand names. It features most of the leading high street brands, with 41 of the UK's top 50 retailers featuring as well as 3,000 UK advertising clients (including Amazon and ebookers).

Everything is arranged by category so you gadget fans can easily find that must-have mobile phone, latest video game or the home cinema set-up to impress your friends. In addition to all the computers, games consoles, cameras and other electronics, there are also more mundane categories such as household appliances, books and health and beauty products. Most of these are accessed by links to sub-sites from the main site www.kelkoo.co.uk.

There's also a list of the latest special offers and cashback deals. If you're stuck for ideas when trying to spend your money, there are various Editor's Picks, Hot Products and Seasonal Event items listed. On the subject of hot products, there are lists of the most frequently viewed products, brands and stores so you know what everyone else is interested in. If you get bored, there are some competitions to while away the idle moments and maybe even win something. You can also find a holiday to help you relax after your shopping exertions and a credit card to pay for it all.

The international layout is good with everything where you'd expect it to be. www.kelkoo.com links to all the country specific variants such as www.kelkoo.fr for France, www.kelkoo.de for Germany, www.kelkoo.es for Spain ... well, you get the picture. With such a "phonetically interesting" brand name, it comes as no surprise that our search logs are lit up with variants such as kelko, kelco and kelcoo. You need to be careful though as whacking in your best guess at the web address to the browser bar can get you in to trouble. www.kellkoo.co.uk for example, is a popular error and gets you to a website not owned by the company you're seeking. Most of the mis-spellings are owned by non-K companies or by the original owners - Yahoo. If you're unfamiliar with the spelling, type it in to a search engine and let them correct you in your search!

Yahoo! bought the company in 2004 for 450 Euros (possibly even 475million or 670million Euros, depending on which account you read!). It sold it again, in 2008, to private equity firm Jamplant Ltd for around 100 million Euros, and so took quite a loss on the deal. Altogether now -- "they tik ir jebs!" (South Park: Goo Backs).

The online competitive intelligence service Hitwise rates Kelkoo as the UK's favourite shopping comparison site. In harsh economic times, its popularity seems to grow as people see the benefits of researching to get the right product at the best price. As recently as March 2009, 100 new merchants signed up, a record number for one month, so the site's offering continues to grow. 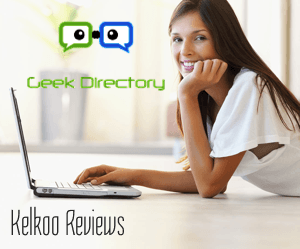