Mobiles2YourDoor has been operating for over eleven years but only launched their website in August 2007. They are a trading division of Phones4U, which is part of the Caudwell Group, and were previously known as Greenstack 5 Limited. John and Brian Caudwell founded the Caudwell Group in 1987 as Midland Mobile Phones, a small local business that took 8 months to sell its first order of 26 phones. The group now sells 26 phones every minute. By 1991, it was the UK's largest independent distributor of mobile phones. The Caudwell Group owns Phones 4U. In 2006, the Caudwell Group was sold for £1.46 billion to private equity firms Providence Equity Partners and Doughty Hanson.

Phones 4u began to push Mobile 2 Your Door in August 2007. Although it had owned the online brand for some time, business only then started in earnest. The website for Mobiles to Your Door replicates the look of the Phones 4u website, with similar line rental discounts and free gifts. According to Phones4U, the business is intended to target "younger, technology-savvy web-centric consumers". But although owned and run by Phones 4U, Mobiles 2 Your Door has different offers. Their stated reasons the customers should buy from them are: good service; part of an established retailer group; the latest handsets; low prices; free gifts; 24/7 shopping; free next day deliver and 100% secure shopping. Mobiles2YourDoor aims to make buying easy and hassle free. They offer deals on a wide range of handsets, a selection of free gifts and a number of discounts on line rental. Mobile2YourDoor aims to keep running costs low to pass on savings and benefits to their customers. Clearance handsets are available that have been tested and re-conditioned. These are supplied with a 12-month warranty.

The site has monthly contracts on 3, Orange, T-Mobile, O2, BT Mobile and Vodafone, as well as Orange, T-Mobile, Virgin and Vodafone pay as you go offers. Phones offered include JCB, LG, Motorola, Samsung, Nokia and Sony Ericsson. You can choose by phone brand or network provider. Three months free insurance is offered with all sales, after which a monthly charge is made. The cover is cancellable at any time. Items shown on the website can normally be assumed to be in stock. If a product you want is out of stock, it's shown as "buy later" and you can opt to be contacted by email or phone when it's back in stock. Only one handset can be purchased with each order as part of Mobile to Your Door policy to combat credit card fraud and reduce delays for genuine customers.

Details of all of the different phones available are offered on the website showing the key features of the handsets in a bulleted list, making them easy to compare. A wide variety of different tariffs are available, however, SIM free handsets and SIM cards alone are not for sale on the site. A list of the top ten monthly and pay as you go mobile phones enables you to see which are the most popular at your time of buying. The "Coming Soon" section of Mobiles2YourDoor's website lists handsets that are due to become available in the near future.

Cash back schemes operate on a redemption certificate basis whereby the certificate is sent automatically to you by post. After you have been connected for over 31 you will automatically be sent a cheque. A wide range of free gifts is on offer including TVs, X-Box 360 and Fujtsu laptops. All free gifts are subject to availability and occasionally a similar free gift may be subsituted for the one described on the website. Free gifts are delivered 28 days after delivery of your handset.

Handsets are connected within 48 hours of receipt, except when delivered at weekends in which case connection may be delayed until the following Tuesday morning. Pay as you go handsets are pre-connected although you need to call the network to register your details. There are no delivery charges and orders placed before 1 pm on Monday to Friday will be delivered the next working day. Orders placed on a Saturday or Sunday are delivered on the following Tuesday. Delivery is made by MobiletoYourDoor to all UK postcode addresses. Any products that are valued at over £25 must be signed for. Deliveries can only be made to the address of the registered cardholder, which is a policy designed to reduce credit card fraud. The seven-day guarantee offered by MobilestoYourDoor allows you to return products for refund or exchange after obtaining authorisation from their Customer Service Team. A webmaster's affiliate programme is available through Affiliate Window and can be applied for through the Mobiles2YourDoor website.

Obviously with this length of name and with the option of a number instead of a word the amount of possible navigation errors is considerable. But, a first for us, this company has set out to cover you well owning not only the main sites of, www.mobiles2yourdoor.com and www.mobiles2yourdoor.co.uk as you would expect but also the non-numerical version of each i.e. www.mobilestoyourdoor.com and www.mobilestoyourdoor.co.uk which is something that their parent company of Phones4u has also begun to get a hold of in recent years. We didn't even want to attempt all the possible mis-spellings or indeed the hyphenated versions of each (could you imagine!) but we did confirm that they do also own www.mobile2yourdoor.co.uk, www.mobiletoyourdoor.co.uk, www.mobiletoyourdoor.com and www.mobile2yourdoor.com i.e. the non-plural versions of their name. But, one thing we did notice is that not all of them showed the website and some did not actually redirect to the main site but actually showed a copy version. So, even though this company do own the variations we still advise that you bookmark the correct site if you are going to comeback later as you never know just how each of those variants are set up and whether they are all up to date.

3D Films, Football, Fashion and now Bus Stops
>> Huge demand for tickets to the Gadget Show Live has meant that the organisers have been forced to add an extra day to the schedule. The show will now be held from the 7-11 April at the NEC. This i... 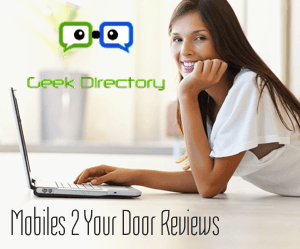 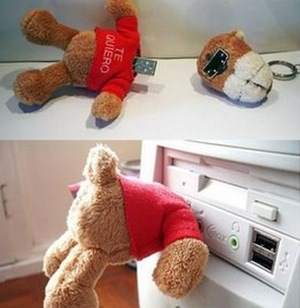