BeThere.co.uk - Be There 24 Meg Unlimited Broadband

BeThere.co.uk was set up as an independent ISP in 2004 and started trading in August 2005. In June 2006 it became part of the O2 group after O2 purchased it for £50 million. The O2 group became Telefónica O2 Europe in March 2006 and originates from a combination BT Wireless and Genie Internet, a subsidiary of the BT Group. It has mobile network operators in the UK and Ireland as well as businesses in Germany and the Czech Republic (Cesky Telecom). O2 has more than 35 million customers across Europe. Be was the first UK broadband ISP to use the ADSL2+ technology with speeds of up to 24Mbps. In 2006, Be won the 'Best Sumo Consumer Broadband' category for services of at the Internet Service Providers Association awards.

Be There broadband state that the company believes that the right offering can enrich everyone's life - allowing everyone to be "whatever and whoever they want to Be" - hence their name. They offer 24 meg broadband, around the clock member support to deal with any problems you may have, a wireless router and access to their online member centre where you can manage your account. There are two home broadband products to choose from and a business product, which is also available to home members. Their unlimited account offers twenty-four hour access to the Internet with no limits and speeds of 24 mb. There is no contract although BeThere broadband ask that you give three months' notice before leaving. Be Value gives download speeds of up to 8 megs and for this Beunlimited ask for a 12 month commitment. Be business broadband offers up to 2.5 upload speeds and a free static IP address and there's no capped contention ratio. You can review Be's service on the website where full details are given and reviews of Be's services are widely available on the web.

Megs indicate the maximum speed of an Internet connection, measured in bits per second. Be Internet access offers a connection speed of 24meg or 24 million bits per second. But, as always, the bandwidth you will receive is based on a number of factors including your connection with the phone exchange, environmental issues and the distance you live from the exchange. Bandwidth decreases as line length increases and Be broadband UK do not offer service if you are further than 5.5 kilometres from the exchange. Although bandwidths aren't guaranteed, BeThere Internet states that they offer the highest bandwidth available using ADSL2+, which requires use of a special modem such as one from Speedtouch or Netgear. Be pro members receive a download speed of up to 22 megs and an upload speed of up to 2.5 megs. Be value customers get a maximum speed of 8 megs and an upload speed of 1.3 meg. A speed test on the website takes you to a page that downloads a known size image and calculates the speed.

An online availability checker tells you whether Be offers DSL services in your area. If there are plans to bring services to your area soon, BeThere Broadband will accept your order online or you can log your interest online and they will let you know as soon as the service becomes available in your area. If you have a BT line, there is no need for an engineer to visit your home. Once your connection is activated you follow the instructions in Be's broadband guide. It takes two to four weeks for your account to be activated. You are billed monthly in advance from the day your account is activated. The first payment is made three days before activation to cover the connection fee and any Be unlimited broadband service fees from the day of activation to the end of the billing period. For Be Value customers, any additional usage after your included usage is billed monthly in arrears. If you prefer, it's possible to sign up over the telephone rather than online.

The website at www.bethere.co.uk (www.bethere.com goes to a different company who also own www.bthere.com) gives details of any discount that may be on offer and a promotion code can often be found on the web, offering a cheaper deal. Any promotional code should be entered on the website at the time or ordering the service. The connection fees for Be lite and Bepro is the same. All packages offer 24mb broadband and an ADSL connection, although Belite is intended for home users. Be's service cannot normally be used for commercial purposes, except for sole traders or holders of pro member accounts. When you order a service, Be provide you with a welcome pack that includes a B-There wireless modem, adaptor, cables and filters and a CD and booklet. The equipment is leased to you and has to be returned if you terminate your contract. On the subject of websites you should note that their main site at www.bethere.co.uk is their only site (though www.beinternet.co.uk does show a framed version of it) so any variations such as www.bebroadband.com, www.bthere.co.uk, www.bebroadband.co.uk or www.beinternet.com should be avoided as you never know who is lurking behind them. Last thing you want is to hand you personal details to the wrong people so bookmark their site if you plan on returning later just in case. 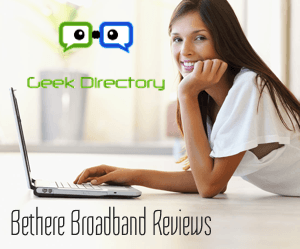 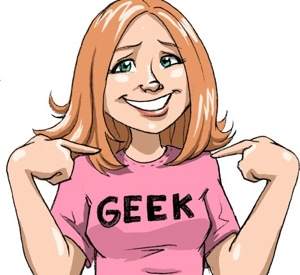