AOL was launched in the UK in 1996. Carphone Warehouse purchased parts of AOL UK for £370m in 2006. This means that Carphone Warehouse became the third largest broadband provider, with over 2 million customers. AOL UK was re-branded as AOL Broadband in 2007.
The price you pay for AOL broadband depends on whether you are in a bundled area or not. AOL provides services through stands for Local Loop Unbundling (LLU), which requires AOL to install their own equipment into the local telephone exchange that will allow them to deliver services directly to the customer. You can find out from AOL's website at www.myaolbroadband.co.uk if you're in a bundled area. By the middle of 2008 the intention is that about 70% of UK households will be unbundled. An AOL broadband review appears on AOL's website.

Depending on your precise needs, you can choose from a number of different AOL broadband packages. The most basic scheme, Broadband Wireless Flexi, has no minimum term to the contract and offers 10GB usage allowance and a wireless router (which can be kept if the customer leaves) included for a one off set-up fee. AOL states that this is the first no-ties broadband package with no cancellation fee. Other packages offer higher download limits and may include free gifts such as laptops. AOL Talk packages are included with AOL Broadband UK. AOL Talk is AOL's phone service, which is available in a number of different packages. Existing broadband customers can order broadband or upgrade their AOL broadband service online using AOL software. The download limit restricts how long you can spend online, and how much information you can download AOL broadband in a given period of time. AOL's Fair Use policy means that they may introduce a form of network management against individuals if they abuse their broad band usage beyond a reasonable level. Those that exceed the Fair Use policy will have speed limits placed on their connection during peak times, currently Sunday to Thursday evenings.

AOL wireless broadband allows for home networking whereby up to six computers or other wireless enabled devices can be logged onto AOLInternet at the same time for no extra cost. If your present DSL modem router or wireless adapter is supported by AOL Broadband, you can sign-up with no minimum contract. Special offers for AOL Internet access appear on the website and can also be purchased through Carphone Warehouse. The easiest way to find the AOL broadband deal that suits you is to work out when your highest usage is likely to be and how much download allowance you will need to use. There is a seven-day cooling off period that you can take advantage of if you change your mind after ordering an AOL broadband package. If you want to change your ISP from another service to AOL Broadband you need the Migration Authority Code (MAC) issued by your broadband provider to make sure your service is not disrupted. It usually takes two weeks for your AOLBroadband connection to be activated on your phone line.

Dial up services are still offered via AOL, with one month's free trail, and a number of proprietary services are available for customers, including instant messaging; a dating service; a chat and community section; games; music and shopping. The free email account offers 2 gb of storage.

Technical support for AOL Broadband is available from the website, where most of the common questions are answered. If you can't find the answer to your question you can choose to use the Help Channel, contact AOL staff through Live Help or visit the Help Message board to ask other members for help or advice. A number of online products are available through AOL, including alerts and reminders, blogs, AOL Music and AOL's own browser.

History: AOL (formerly America Online, Inc.) is a US Internet services and media company operated by Time Warner, which is based in New York. It was set up as Control Video Corporation (CVC) by William von Meister to provide an online service called Gameline for the Atari 2600game console. Renamed Quantum Computer Services in 1985, the company launched a BBS for Commodore 64 and 128 computers called Quantum Link (Q-Link). Three years later, Quantum and Apple launched AppleLink Personal Edition for Apple II and Macintosh computers. After the companies separated in 1989, Quantum changed the service's name to America Online. In 1988, Quantum launched PC Link for IBM-compatible PCs. AOL for DOS was launched in 1991 and the company's name changed to America Online. The next year saw the launch of AOL for Windows. The company adopted the name AOL officially in 2006. AOL now has over 35 million customers worldwide.

So, with AOL Broadband in the UK being owned by Carphone Warehouse and the US AOL looking to close down it's ISP services due to terrible profit figures where do you find information on getting their internet services? Well, currently they have some geo-location software plugged in which means that if you are in the UK and you log on to www.aol.com you will be instantly redirected to the UK site at www.aol.co.uk, how long that will be be like that we don't know. www.aolbroadband.com gives you the pricing for the still available internet services in the USA but strangely www.aolbroadband.co.uk does not do the same for UK residents, you have to go to the afore mentioned www.myaolbrandband.co.uk (why? no idea!). www.aol-broadband.com, again, puts you through to loads of information and pricing for their American services but www.aol-broadband.co.uk, again, does not - just a framed version of their homepage. The real issue here is probably between the sale of the UK services to the CarphoneWarehouse and who owns each of these domains is suspect. If you are thinking of trying out AOL in the future it is probably best to bookmark their main site as at least that will have to remain part of the deal no matter what happens to the services overseas.

Luckily, the Carphone Warehouse purchase seems to have affected the sales approach of AOL. Rather than blanket everyone with CDs weekly - they are using mobile phone tactics and giving away free gifts, such as a PS3, for signing up. 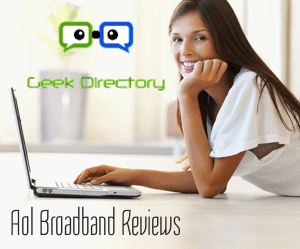 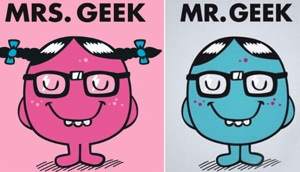