TalkTalk is the ISP and phone section of the Carphone Warehouse. The Carphone Warehouse was established and acts as an intermediary between mobile network operators and mobile manufacturers and retail customers. It currently has 2,144 stores and employs 19,810 people and is Europe's largest independent mobile phone retailer. After purchasing AOL UK for £370million in 2006, Carphone Warehouse became the third largest broadband provider with over 2 million customers. Its 2006/07 Annual Report reported revenues have reached almost £4 billion. After being launched in 2003, TalkTalk soon became the fastest growing broadband provider in the UK. It is one of BT's largest telecommunications rivals and has over a 10% share of the UK telecommunications market. After Carphone Warehouse completed its acquisition of AOL's UK customer base in 2006, TalkTalk broadband offered a free service for life to all subscribers to their Talk3 international tariff. After being challenged by the Advertising Standards Agency on their offer, TalkTalk began to offer new and existing customers free broadband on the cheaper Talk3 tariff if they were connected to a local loop unbundling (LLU) exchange. This led to Orange offering its own free broadband to their mobile phone customers and Sky offering a variety of free and cheap broadband packages. The high number of customers signing up for TalkTalk Internet meant that there was a long waiting list and complaints of difficulty in contacting customer services ensued. By the end of 2006, over three quarters of a million users had subscribed to Talk Talk Internet and in October 2007 TalkTalk announced its one millionth customer.

Originally, TalkTalk was only a fixed landline provider. It now operates TalkTalk Mobile, Fresh Mobile and Mobile World and launched its free broadband Internet service to home phone subscribers in 2004. Talk talk broadband has relied heavily on Carphonewarehouse direct mail activity for promotion. Over its few year's existence it has expanded to other European countries and now operates in Belgium, France, Germany, Ireland, Spain, Switzerland and the Netherlands.

TalkTalk offers a range of packages, each of which are intended to be cheaper than calls via BT. These include an international package for calls to landlines and mobile phones in the USA and Canada. In 2005 it launched a line rental guaranteed to always be cheaper than BT. At the end of that year TalkTalk acquired Onetel and Tele2 taking their total customer numbers up to 2.5 million and teaming up with Nectar (the loyalty card issued jointly by Sainsbury's, BP and American Express) to offer customers two points for each pound they spent.

TalkTalk's free broad band package gives 8 mg broadband, up to 40gb download limit, an unlimited number of calls to UK landline numbers (except Talk1 customers) and international calls to 36 international destinations worldwide. It also includes a fee Wired modem or a wireless router at a charge. TalkTalk broadband is available to 70% of the UK. The online availability checker on TalkTalk's website at www.talktalk.co.uk will show whether it's an option in your area. Please note that www.talktalk.com is a different company, though www.talktalk.net does currently go to the right site with www.talktalk.ie providing details on TalkTalk's services in Ireland. Assuming that it is available, you can sign up online and TalkTalk will send you a welcome pack within seven days. A TalkTalk broadband router or modem this will be sent to you before your connection date to ensure that you get immediate DSL or TalkTalk wireless access.

Details appear on the website giving the varying landline packages available and there is a table that compares all the plan's features so that you can see at a glance which is likely to suit you best. The website is available in an English or Polish version. The TalkTalk shop offers a small number of accessories including telephone handsets and computer accessories. Business users and those seeking a mobile phone are directed to The Carphone Warehouse's website. It is best to follow the provided links to each area and service on offer as it seems that none of the regularly expected variant web addresses host any information. Indeed some, such as www.talk-talk.com and www.talk-talk.co.uk, are not owned by Talk Talk, and even when they do own a common type-in such as www.talktalkbroadband.co.uk or www.talktalkbroadband.com they have not hosted any information there. There is a vast range of common searches on our site such as talktalkinternet, talkbroadband or talkinternet, and although we have not checked whether those get you to the right place on the major search engines, it is best to bookmark the site/service you end up viewing on their main site to ensure a safe and speedy return to that section.

The help section of the website provides answers to common questions and you can track your order online. The members website gives up to date news about services and any problems that may be being experienced as well as highlighting a special phone number which you can use to report faults. A member's forum gives you the chance to chat to other TalkTalk customers with a large section devoted to broadband issues. To register you need your TalkTalk phone number and account number although if you simply want to read the posts it isn't necessary to register. A search facility on the forums makes it easier to find specific information or you can simply browse through threads that grab your interest. If you still can't find the information you're looking for, or need additional help, you can email or phone customer services. Calls are free from a TalkTalk landline. 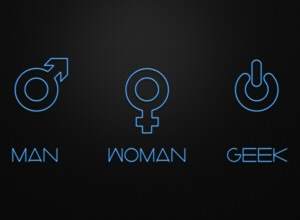