iPad Prices Suggested ... Like you needed more reasons to hate it ...

A hand-held bomb detector in the shape of a wand is to stay in use in Iraq, despite reports that it does not work properly. The Iraqi Prime Minister held an investigation into the devices known as ADE651 and claimed that just 50% of those tested worked. Those which are ineffective will be replaced. A series of suicide bombings last month, which occurred despite the use of the wands caused the British Government to ban the export of the devices to Iraq.


A Warrington based gadget maker is hoping to take Europe by storm after it generated plenty of interest at a recent German toy fair. The company, Innovation First found that their Hexbug toy was a big hit at the Nuremberg Toy Fair, the largest and most influential toy fair for the European market. The Hexbug are robotic bugs which react to their environment. The crab will hide in the dark and the ant is described as having a mind of its own. The developer said that the gadget seems to have captured peoples imaginations and they are suitable for children and adults.


The latest gadget which criminals are using to get away with their crimes are GPS blockers according to the Guardian this week. The blockers can be bought on American websites for around £20 and are being used to block the signals emitted by tracking services. The jammers use signals which are at the same frequency as GPS signals, effectively blocking them. It has also been said that truck drivers and others who are tracked by their employers are using the devices to allow them to evade driving rules and road charging. The devices are very small and not powerful, yet they can jam airport signals. The devices are illegal to use in this country, but not to own and have been discovered by police investigations into criminal gangs in the UK.


The price of the iPad in the UK has been leaked by someone close to Apple according to Cheeky Gadgets. It seems that the cheapest model will come in at £389, while the more powerful 64Gb version will be £489. These are around £40 - £50 more expensive than what is being charged in the US. These prices are for the wifi versions and no price structure has been given for the 3G versions. It is also thought that the iPad will hit the shelves in April, rather than this month as was previously thought.


Shop Direct Group, the online retailer encompassing Littlewoods, Woolworths and Very among others has plans to increase trading by 70% by 2011, by having a technology makeover in conjunction with Microsoft. Part of this upgrade is to allow their mobile workers better remote access. In order to achieve this, the group has upgraded to Windows 7 and the Windows Explorer 8 browser, after it was trialled in 8 locations and proved successful. The plan should improve sales and employee efficiency.


The Kobo eBook store has been launched in the UK, offering an eBook library suitable for a number of different gadgets including smartphones and netbooks. The system uses "cloud" storage, allowing the user to access their library on any device. Kobo has joined together with Random House UK, Penguin, Bloomsbury and others to offer thousands of titles. Kobo's Executive Vice President Michael Tamblyn commented that the UK is a huge opportunity for the company. The Kobo application can be downloaded for free at a number of different app stores.


The first ever TechRadar Awards have been announced this week, celebrating technology which has had an impact on people's lives over the past year. TechRadar.com has news and reviews of the latest technology and has more than 2.5m visitors each month. Anyone who would like to cast a vote can do so on the website from the beginning of March. The categories include computing technology, home entertainment, mobile communications and gadgets. Voters will have the chance to win £25,000 in prizes plus a range of gadgets including laptops and home cinemas. The results will be announced at the end of April. 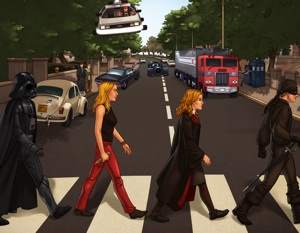