FollowUs has launched the very first GPS tracking device with UK address technology. The device will give a precise location for the wearer down to the full address. The device can be worn around the neck or carried in a pocket and has an SOS button and the ability to call the device. When the device has a request for a location it will send a text message to the user with the precise address by using a pay as you go sim card. FollowUs claim it can be used to keep track of children, the elderly and for employees. There are no ongoing fees once the device has been purchased.

For those people who cannot wait until the end of the month to get their hands on an Apple iPad, several online stores are already selling the gadget at a premium to UK purchasers. The US version of the iPad is selling at Simply Electronics starting at £540, but will be delivered free. Purely Gadgets also have the same model for £690. When released in the UK, in just 2 weeks time, the UK version will retail at around £400.

Experts have found that the infra red light produced by low energy light bulbs is causing interference for people who use cable services such as Virgin Media. The infra red can be mistaken as being a set top box signal by the remote control and this causes flickering and even channels which switch automatically. The only way to prevent this is to use the old fashioned lights or to keep them switched off when using the television.

Designers Ben Perman and Murat Mutlu have designed a kettle which will send the owner a tweet to let them know it has boiled. In fact it will send a tweet to the whole office or family so everyone can rush to make their tea at the same time. The kettle is Wi Fi enabled and will keep track of how many times it has been boiled and how much energy has been saved by using it. The kettle will retail at around £75 once it is in production.

Microsoft are due to release their latest offering, the Kin One and Kin Two to the UK in Autumn. They both have a home screen known as the Kin Loop which automatically updates social networking sites. The handsets feature touch screens and slide out keyboards, but the Kin Two is slightly larger with more storage and a better camera. They also feature Kin Spot which allows the user to share photos, messages and more by dragging them to one area and then dragging the people you want to share with into the same area. In addition to all this the phone features Kin Studio, which acts as a storage area for all files so they can be accessed from any browser.

Electronics giant LG is to launch their largest OLED screen TV this month. The screen will be just 3mm thick and will give a brighter picture than standard LED screens. With a width of 15 inches the EL9500 will be the largest of its kind and will be HD ready with built in freeview. It is expected that the TV will retail at between £1500 and £2000. Experts are predicting that OLED screens will soon be able to be so flexible that they can be rolled up when not in use, or will turn transparent.

Google has made its first foray into the UK market by buying Plink, a mobile visual search start-up. The move follows claims by Google chief executive Eric Schmidt that Google intends to buy at least one new company each month to further its expansion. The first product released by Plink was a visual recognition application which would recognise famous artworks allowing people to then buy the poster. The application caught the attention of Google after it was downloaded 50,000 times. The two engineers who started the company will now move to the US to continue developing new products.

Facebook have refused to add buttons to all their pages which would allow people, in particular children, an easy way of reporting suspicious behaviour online. The chief executive of the Child Exploitation and Online Protection Centre held a meeting in Washington DC this week to discuss the issues which resulted in Facebook agreeing to a number of measures but not the button. Users will now have a "report abuse" link on each page which will report straight to CEOP. Facebook representatives say that a big button might confuse and intimidate people. The button is used on a number of other sites including Bebo, MSN Chat and school websites. Meanwhile police in this country have reported that the numbers of complaints about online bullying and grooming have quadrupled this year, while the numbers of reports to police coming from Facebook's own internal systems has been zero. Facebook say their complaints are handled by their US system first before being passed to the UK authorities.

» Support Line for failing Computer Hackers?
» The Americans Are Coming
» Smartphones now 38% of mobile phone sales
» Technology not to be given control of UK elections
» The £130,000 iPad
» Computer Transistor made from just 7 Atoms 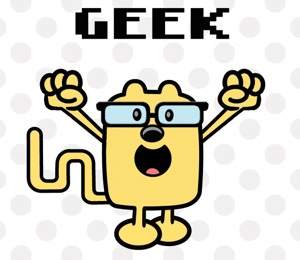