Stuart Hughes from Liverpool has been featured in the Telegraph this week. The designer is responsible for creating gadgets which have been "blinged". In fact his greatest creation is probably the iPad he covered in 22 carat gold and 53 diamonds set into the Apple logo. The new owner paid £130,000 for the iPad, although a budget one is available for a more reasonable £2,000. Hughes has also made diamond encrusted Blackberrys, games consoles, phones and more. The process can take more than 6 weeks and he always provides a one-off unique piece for his clients, who demand the best. He also says they will be offering more affordable versions in the future.

Research firm Simspon Carpenter has suggested that the iPad will not do well in the UK, as many people are put off by the high price tag. Mike Stevens from the firm says that those who already identify with Apple or those who specifically need that technology may buy it, but for the mainstream there is no compelling reason to purchase it. Many people will struggle to see how it could fit into their lives, he says. The iPad has been a success in the US and has sold one million units in just 28 days. The launch of the product has been delayed in the UK due to the high US demand.

It appears that the launch of the iPad in the UK has been slipped back to June 7. This is more than one week later than previously thought and is due to demand according to Apple. Pre-orders have been taken since the beginning of this week and has prompted increased interest. However those who pre-ordered prior to the latest announcement will still receive theirs on May 28 as promised.

BT have unveiled plans for an iPad type tablet device hope to gain market share in the market. The company's touchscreen mini computer was announced by BT chief executive of retail Gavin Patterson. The device is yet to be named, is smaller than an iPad and is for use in the home. It will support email, texting and will utilise a number of apps for in-home uses. The device will be sold separately but it is expected to also be bundled with phone services and broadband.

The State of the UK Technology Sector report released this week has suggested that technology organisations need to make the most of new opportunities. It has said that uncertainty in the market from last year could spill over into 2010 and that this uncertainty could lead to opportunities. The report was issued by Intellect who have commented that technology can be used to cut costs without compromising services or raising prices. It seems that many businesses have been using IT to improve their business and to get benefit from their existing infrastructure. They have also suggested that the government could do the same and avoid having to raise taxes or cut back on public spending.

According to Which? Around 25% of the people they surveyed watch HDTV via Sky, Virgin or Freesat. 40% of the 2300 respondents said that they might switch to Freeview HD when it becomes available in their area. It is expected that Freeview HD will be available to 50% of the country by the start of June in time for the World Cup. 31% of people said they knew how to access the service and most were aware of it. Just 17% said that they knew nothing about Freeview HD. Further research has also shown that as many as 350,000 Sky HD customers might switch to Freeview when they are able.

It has emerged that many parents feel pressured to provide extra curricular activities including the latest gadgets for their children. The chairman of the Independent Schools Association has made the claim and says that parents can feel like failures if they cannot buy the latest gadgets. He points out that after school and weekend clubs and the use of gadgets has had an impact on family time. He says that families have less time to build relationships and memories for the future. He also points out that health and safety has impacted on the enjoyment of childhood activities.

» Computer Transistor made from just 7 Atoms
» Google Bans Microsoft Windows
» iPhone4? Who cares, James Bond car is for sale!
» The Future is Now!
» Airport Scanners and Helicopter Kit-outs
» Charge your Mobile by WiFi 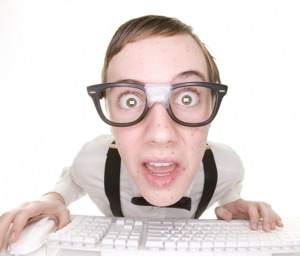