iPhone4? Who cares, James Bond car is for sale!

The latest iPhone has been unveiled this week by Apple CEO Steve Jobs, however it appears that a few technical problems still need to be ironed out. The 4G iPhone is described as being the thinnest smartphone ever and is lighter than any previous iPhone. It has a high definition screen and is coated in glass on the front and back. Steve Jobs had problems connecting the phone to the internet via WiFi and failed to demonstrate the video calling function Face Time, which appeared not to work due to the WiFi issue. Despite this Jobs said the phone was the most beautiful thing they had designed. With its 5 mega-pixel camera, high resolution screen and the ability to open several applications at once, the phone is far above other smartphones in the market. Other options which were announced for the phone were alternative to Google and the use of advertising to accompany apps. The 3G iPhone is expected to be discontinued, which should bring down the price of the old phone. No price has been released for the new version.

The iPad has been praised by the Royal National Institute of Blind People due to the accessibility features which make it easier for those with sight problems to use. Robin Spinks from the RNIB commented that Apple have set the standard recently for other manufacturers when to comes to accessibility. The iPad can increase text size, change background colours and has voice-over software which can be used for e-books. Many apps which have been developed for the iPad are also accessible. Steve Jobs has also confirmed that the new 4G iPhone will have the text enlarging option.

The Sport, Performance and Fatigue Research Unit at the University of Essex has tested regular gamers to determine whether the past-time should be regarded as a sport. Those at the top of the gaming world can expect to earn thousands of pounds through competitions and sponsorship, however the research has shown that it can be detrimental to health. It was found that regular gamers had the mental sharpness and psychological traits of real athletes and the reactions of fighter pilots. However, their fitness levels were much lower than other people of their age or even older. One young man in his 20's was found to have the lung function of a smoker in his 60's despite being slim. Dr Dominic Micklewright from the university commented that the professional gamer can spend 10 hours a day in front of a screen which could lead to heart disease or obesity. However they do have high positivity levels and good motor skills.

A study undertaken by Pixmania which is part of the Dixons group has found that electronic gadgets such as the DS, portable DVD's and PSP's were better at keeping children amused on long journeys than traditional car games such as eye-spy or 20 questions. 28 families were asked to travel for a total of 500 hours with various devices and then repeat the same journey with no devices but while playing family games. Parents were asked to keep a log of how many times children asked how much longer the trip was or if they said they were bored. Trips with gadgets turned out to be by far the least boring. The traditional games offered less than 30 minutes of entertainment and caused back seat arguments, while gadgets kept children amused for more than two hours.

Music store Napster has launched their unlimited package for people who want to by their music legally. The website will allow users to listen to streamed music for £5 a month and to keep up to 5 tracks a month. The site has interactive play-lists and radio stations. It even has a mood monitor which will play music dependant on the colour of the user's mood. Any songs which the user wants to download must be paid for.

The ultimate James Bond car the Aston Martin DB5 is to be sold at auction in London by the American owner Jerry Lee. The car features machine guns, revolving number plates, a smokescreen and tyre shredding blades hidden in the hubcaps. The extras which were added to the car for the film do actually work, although the machine guns don't fire. The film featured an ejector seat on the car, but this gadget is the only fake on the car, however it does have a removable roof panel. It is expected that the car will fetch at least £3.4m. Mr Lee bought the car from Aston Martin for $12000 (US) on the proviso they could use it for promotional purposes. It has only driven 30,000 miles. 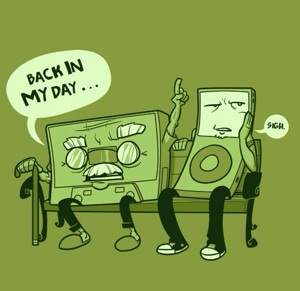