The Future is Now!

Microsoft has launched it's latest version of the X-Box; the Kinect. The motion control system for the X-Box 360 has no controllers and the on-screen avatars and menus are controlled by hand and body movements. Three cameras track players movements from a box which plugs directly into the X-Box 360. The cameras and audio sensors track 48 points and can even recognise faces and voices. Titles so far include Star Wars and other family friendly offerings. Games which feature obstacle courses, athletics, dance and racing feature heavily. Experts are suggesting that this is Microsoft's attempt to get into the family market currently dominated by Nintendo.

Vodaphone appears to have leaked the price of the new iPhone4 by placing the price on what they have called a "test page" on their website. The prices were £189 for the 16GB version and £280 for the 32GB version. Tariffs were claimed to be £25 per month for a 24 month contract. Those who take out a £45 or £60 per month contract can get the phone for free. Vodaphone have not confirmed or denied the prices and said it was just a test.

A study by Saga car insurance has discovered t the over 50's love to use driving gadgets to improve their driving experience. They found that 32% are in favour of the satnav and 20% love cruise control. However they are much less likely to be distracted by an iPod or smartphone. Just one in ten say they have used a phone while driving compared to almost a third of 18 to 24 year-olds. 31% of those questioned said that gadgets such as phones were distracting and that satnavs were off-putting. Andrew Godsell ffrom Saga commented that their customers need to ensure that they remove their gadgets from their cars when unattended to deter thieves.

Nokia have released details of their X5 this week at an event in Singapore. The phone comes with a full qwerty keyboard which slides out leaving the large square screen free for internet browsing. The phone has a 5 mega-pixel camera and uses what Nokia have called "gesture based" control allowing the user to shake the phone and sinning it to shuffle tracks and reveal messages. The phone is said to have a 16 day standby battery life and 24 hours of music playback. No launch date or price has yet been released.

An iPhone and iPad app has been released which will allow the user to watch services from St Andrews Parish Church in East Lothian on a live feed. Developed by church goer Neil MacLennon, the app will even let worshippers join in on the service by sending text messages which are screened at the church. During its first weekend the number of people watching via the link was more than those who attended the church. Minister Albert Bogle from the church has said that it is not a gimmick and will help those who are unable to attend. The inventor is happy for other churches to borrow the idea and will even help out to get it going.

Twitter users have once again been irritated by the image of a whale, indicating that the site was off-line for a few hours this week. The outage could have caused some tweets to be missing or repeated, the site warned users. The latest outage was caused by the failed enhancement to the time-line caching system. It has been speculated recently that the site is having difficulty keeping up with the 65 million Tweets being made each day. It experienced another outage last week when the iPhone4 was launched as users Tweeted their thoughts about the gadget.

Virgin Galactic is hoping to launch it's first flights from the UK in 2015 after identifying an RAF base in Scotland as the perfect site. Unfortunately current UK legislation means that it is not legal to do so, however the President of the company Will Whitehorn has said that they are pressing for changes to the legislation. Space flights by Virgin Galactic are due to start in 2012 in the US. Already they have £45m worth of pre-bookings for the flights from 335 people including Russell Brand and Stephen Hawking. The ship will carry six passengers and two flight crew for the brief visit to the edge of the earth's atmosphere. Spokespeople from the company have said that even older people can take the flights as they experience fewer side effects from the zero gravity conditions. 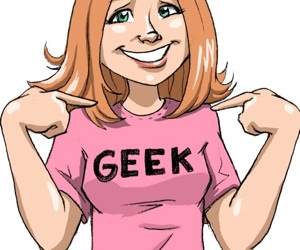