Phones4U UK - Mobile Phones for you

Phones 4u is an independent UK mobile phone retailer. It opened in 1996 and has expanded to 400 stores throughout the United Kingdom. The company was originally set up by John Caudwell after he discovered that he could receive a discount on the usual £1,500 price tag of a mobile phone if he became a dealer. The firm, Midland Mobile Phones, took eight months to sell its first order of 26 phones. Originally with it's head office is based in Newcastle-under-Lyme, Staffordshire, in September 2006, the Caudwell Group was sold and Phones 4u now belongs to Providence Equity Partners.

The sale of Caudwell Holdings, founded in 1987, was for £1.46bn and made John Caudwell £1.24bn for his 85% stake in the business. The group's fixed-line service, Caudwell Communications, was sold to Pipex for £40m. Phones for u is now exploring expansion opportunities in the US and continental Europe. In February 2008, Phones 4u spent £9m on buying Dial-a-Phone, founded in October 1995. Dial-A-Phone made most of its money from its insurance schemes after partnering with insurance firm Allianz, which has more than 300,000 customers. This deal has made Phones4u arguably the biggest brand in online and offline mobile retail. Virgin Media announced its partnership with Phones4 u in the same month. The deal will see Virgin take over shop space in six selected Phones 4u stores for six months. If the trial is successful, it could be extended further. Phones 4U opened 50 stores in 2007 in the UK and aims to open another 50 in 2008, taking its total to 480.

The main stated aim of Phones 4u is to cut through the complexity and choice that confronts customers when buying a new mobile phone. They claim that they take extra time to understand their customers needs so that they can offer a fone package that is right for them - whether a monthy contract or one of their many pay as you go contracts. The company has won a variety of awards including the JD Power survey for customer satisfaction in the independent mobile phone sector 2 years running and the Harding and Yorke 2007 Customer Empathy Rating Index. Customer service is emphasised by Phone 4 u and they claim that no other company is as passionate and does more to understand customers' needs. A useful glossary of terms appears on the website to enable customers to understand the jargon used more easily and to ensure that you choose the right mobile 4you.

An extensive and wide range of products is on offer, which includes a mobile for you from all networks and handset brands. Networks sold include Vodafone, Orange, T-Mobile, 3, O2 and Virgin Mobile. Handset brands include Sony Ericsson, Samsung, Motorola, LG, Nokia and JCB. PAYG deals can be searched by manufacturer or network so that you can find the right mobile 4 you. The prices vary from the most basic and cheap models to more pricey fones with a greater range of functions. Features are described fully on the website and if you want a particular model of phone, you can compare the different tariffs available. The monthly contracts available from phones 4 you can also be searched by handset or network. The top ten deals appear first on the website. Phone for u offer a range of free gifts with new contracts, including an X box or TV. Cashback deals are also available and change regularly. Mobile broadband is available from 3, Orange and Vodafone with contracts for both heavy and light users.

The Phones for you website is designed to enable the customer to navigate with ease and review the range and range of handsets and deals. There are areas including 'Amazing Deals' and 'Coming Soon', allowing customers to register their details for forthcoming handsets. Clearance handsets are available that have been returned by customers under the Phones 4u money back guarantee. They are tested and re-conditioned before being re-packaged as new and a clearance 4 u mobile phone is supplied with a 12-month warranty. Many deals are exclusive to online sales from mobiles 4u.

Transferring an existing number is possible via Phone 4u when transferring to T-mobile, Orange, Three, Virgin and BT Mobile, but not Vodafone or O2. Delivery is completely free and your order can be received by the next working day so long as it's placed before 13:00. Orders placed on Saturday and Sunday are delivered on Tuesday. The amount of handsets sold per order is limited to one as an attempt by Phone for you to reduce the levels of credit card fraud, and delays for genuine customers. If you wish to order more than one handset you need to place another order online. Phone 4 you is unable to supply you with more than two pay monthly or three pay as you go mobile phones in any 30-day period. Pay-monthly handsets are delivered without network connection. After confirmation from Royal Mail that you have received the phone, it will be connected within 48 hours. Any free gift associated with a mobile 4u order will be authorised for despatch 28 days after delivery of your handset. If there is any problem with your 4u mobile phone, you can return it within 28 days for a refund or exchange. All products are supported by a 12-month manufacturer's warranty and if your mobile 4 u develops a fault, you can arrange for its return for repair at no extra cost. Insurance can be included when you purchase a mobile for u. When you buy a 4u phone, you can safely recycle your old mobile phone through Phones 4u's scheme.

An affiliate scheme is available for phone's four product offerings managed by Affiliate Window. There is a wide range of deals and a minimum payment for every confirmed contract sale. There is also a section of the website devoted to information for people who might wish to work selling mobiles at Phones 4 u.

A number of people have been attracted to 4u's phones by the TV advertising campaign developed by a London agency called WCRS. The campaign, which has been ongoing since 2003, focuses on the confusion many people feel with the level of choice available and features an American who moves to a small English town full of bizarre characters. Each advert has Jack enthusing about mobiles, 4 you and the characters with a funky hand gesture along the lines of that old classic TV show 321. Finding the site couldn't be easier you would have thought but sure enough, the confusion is spreading. The main culprit is the number 4 and the word phone as many mobile retailers now choose "fone" instead so www.fone4u.com, www.fones4u.com, www.fone4you.com, www.fones4you.com, www.fonesforu.com, www.fonesforyou.com are common entries and none of them are owned by Phones4U whose website lies squarely at www.phones4u.co.uk (they don't even own www.phones4u.com). A common error, and one that caused a high profile lawsuit, is the site www.phone4u.co.uk which won a trademark infringement case as their site was active prior to the inception of Phones4U but now it seems that the domain has been bought over though it does not go to the main site. The other most popular errors being www.phones4you.co.uk, www.phonesforyou.co.uk, www.phonesforyou.com and www.phones4you.com with only the latter being owned by the company, the rest either go to adverts for mobile phones or to international phone retailers and we didn't even check variations such as mobiles4u or mobiles4you. With this huge number of possible errors it is best to bookmark the site if you plan on coming back later to avoid handing your personal details over to the wrong company. 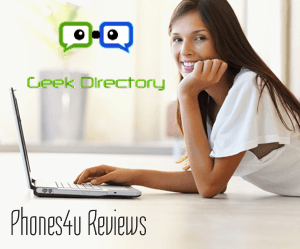 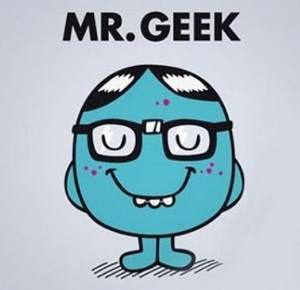