Apple have blocked their customers from purchasing an app which tells phone users how much radiation might be emitted by their phone and offers advice on how to prevent levels getting too high. The app works by helping users to map their home or office so they know where the levels are highest, allowing them to be informed about the levels they expose themselves to. Apple claim that the app would create confusion for users. Tawkon, the company which developed the product have said they are disappointed at the decision as they say there is still much concern regarding this issue. They suggest that Apple does not want to sell an app which might encourage iPhone users to use their phone less. They are in talks with Apple and other companies and hope to resolve the issues.

The launch of the iPad in the US has caused a bit of a stir with 300,000 being sold in the first day. Part of the hype has encouraged more than 100,000 people worldwide to watch a YouTube clip showing a Pittsburgh man dropping his iPad to the floor, hitting it with a baseball bat and stamping on it. He claims he had bought 3 of the machines and one was surplus to requirements. Many people had queued up outside stores overnight to buy one of the iPad's which retailed at between £330 and £545. It will be available in the UK at the end of April.

The IMAX theatre is due to show a new 3D movie called IMAX: Hubble 3D. The documentary tells the story of the May 2009 space shuttle mission to repair the Hubble Telescope. The astronauts captured the footage which is already being shown in IMAX theatres across the US. The 43 minute film is regarded as being the core of what IMAX do - bringing high quality documentaries to the screen according to IMAX chairman Greg Foster.

Allowing children to play with high tech games and gadgets while in the car can be harmful according to researchers at the Manchester Metropolitan University. Psychologists who surveyed 1098 parents found that reading books, singing or playing family games was more beneficial for social skills and that parents should make more of an effort to entertain their children. The survey found that half of the parents questioned would allow their children to pay with a gadget during along car journey. Experts also warned that playing with gadgets can cause car sickness and does not encourage sharing, turn taking, listening skills or building a family relationship.

Gadget magazine T3 has revealed their top 100 gadgets of 2010 and there is no surprise that the iPad has come in at the top position. The magazines online editor Kieran Alger points out that they rank gadgets using a scale of what is hot and what isn't rather than simple specifications and ratings. Second on the list is the HTC Desire, the Google competitor to the iPhone which has been lauded as being sleek and impressive when it comes to performance. Others in the top ten include the Amazon Kindle and the Skiff reader.

Eye-Fi have announced a new range of memory cards for cameras with what they are calling an Endless Memory Mode, meaning they have virtually unlimited storage capacity. The Eye-Fi Connect X2 card has a 4Gb capacity and will retail at just under £50. It operates wirelessly through a WiFi network and will automatically download JPEGs from a camera to a computer or a photo sharing site. Along with a number of other memory cards of different sizes, the X2 Family will be available from the end of the month.

For those who dislike doing the housework, the Navibot is being hailed as the best robot vacuum ever to be launched. With 36 sensors and a camera which captures 110,000 images per hour, the vacuums also boasts 6 cleaning modes. It can be put on Automatic to clean just one room, and Max where it will clean until it runs out of battery which doesn't happen often as it can clean an area of 100 square metres before the battery runs out. In fact, it will even return to it's docking station and recharge itself. It can also be set to start cleaning a set times, do a spot clean and it can employ brushes to sweep away dust into the suction unit. It will also run via a remote control. All this is achieved through the use of a mapping system which memorises the shape of the room including obstacles such as stairs. It is available to purchase for between £399 and £449.

» Apple iPad Price Gouging Begins
» Support Line for failing Computer Hackers?
» The Americans Are Coming
» Smartphones now 38% of mobile phone sales
» Technology not to be given control of UK elections
» The £130,000 iPad 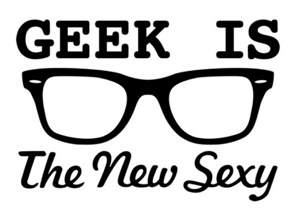