3D TV is Finally Out There!

Sony have announced the price of their 3D glasses and emitter package which will be sold alongside their 3D ready TV's. The LX900 is the only 3D ready TV which Sony sell and is part of their monolithic range. The active shutter glasses will come with it. The glasses can be sold separately for around £90 and the emitter for £33 which will make 3D capable TV's 3D compatible. With Samsung and Panasonic releasing their 3D TV's this month, it is expected that Sony will release theirs soon.


A recent survey by Stuff magazine has found that the people in the UK waste £52bn every year by buying things they do not know how to use. This was the equivalent of £3065 per person per year. The poll of 3000 people while microwaves and washing machines did get a lot of use, more than half of the functions on more complex gadgets were not used. The survey discovered that half of those who bought an HD television did not realise they needed a set top box and subscription to see HD TV. In fact, 2% of those questioned thought that only people born with HD eyes would be able to see the effects. The survey also found that women were more likely than men to read the instruction manuals which come with their gadgets.


The Environment Agency in the UK has identified 26,000 locations in England and Wales where hydropower turbines could be located. These could generate enough power for 850,000 homes and meet 3% of the UK's 2020 renewable energy goals. Tony Grayling from the agency commented that some schemes would improve the local environment for wildlife, but others are not suitable as the benefit does not outweigh the harm caused. He also pointed out that the Government's idea of paying people to provide their own energy could make these types of hydroelectric generators a good source of income for people as well as providing a sustainable source of electricity for the community.


Google's Europe boss John Herlihy has told delegates at a conference in Dublin that the expects the desktop to be obsolete in just three years. He believed that the rise of smartphones and cloud technology and the fact that most research is now done on mobiles in Japan is a perfect example of where technology is heading. He felt that it was just a matter of time until western countries began to use technology in the same way.


Apple have banned a number of apps from their App Store amid concerns about apps which will reveal the users location. Known as "stumbler apps", they will monitor the users location via Wifi positioning. They were removed because they were using a private framework to access private information. Some experts have suggested that these types of apps are being removed due to the fact they will not be iPad compatible. Last month they removed 5000 apps which contained sexual imagery.


Meanwhile the Apple iPad has been confirmed for release in the US on April 3 and later in the month for the UK. The release dates are a month later than expected, which is speculated to be due to production problems.


The latest gadget for your home is the "Chumby", a wifi internet viewer designed to sit on the kitchen worktop or next to the bed. It can be registered on the Chumby website to allow the user to download any of the 1500 free widgets available. These include alarm clocks, radio, youtube browsers, news tickers and social networking. The casing is a soft leather and it looks like a small 1960's tv. However reviewers have given it the thumbs down after experiencing slow refresh times and a low resolution touchscreen. They point out that a netbook would provide all the same functionality and can be taken out of the house. 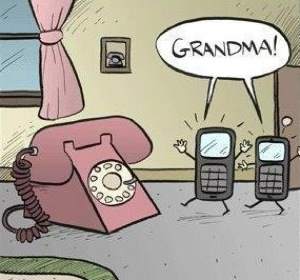