Having started as a family business in 1935, Jessops has for a long time been known as Britain's largest specialist photographic retailer. It expanded to a peak of 315 stores in the UK, was the subject of a management buyout in 1996 and launched its website www.jessops.com (www.jessops.co.uk just redirects you to the dot com version) at the end of the 1990s. The head office is in Leicester.

The website offers everything a photographer could need, with compact and SLR cameras, camcorders, lenses, memory cards, bags and accessories. There are also links to other company sites, such as Jessops Photo (photo.jessops.com) for prints and other items. You can look through the categories or search by product name, catalogue number or keyword. A camera selector tool is available so that you can choose the type, then select required features such as brand, price, availability, number of megapixels and so on. There are also various offers and, if you're really stuck, a number of buyers' guides to help you make up your mind.

If you do buy online you can track your order and get up-to-date delivery information. There are other ways to shop, such as visiting one of over 200 stores (there's a store locator on the website) or ordering by phone through the UK-based call centre. A compromise method is to order online and then arrange to collect from a selected store, which means you get your items quicker, pay the online price on collection, avoid delivery charges and can get advice from the staff.

The company has been hard hit by increased competition from the supermarkets and internet retailers, which came at a time when it was expanding. It reported losses of £9.3 million in 2007 and £19.1 million the following year, with the share price falling 90 percent in 2007. Around 100 stores have been closed and their product range rationalised, with the number of compact cameras reduced from 150 to 50 and the Pentax brand being dropped altogether in favour of staples such as Canon and Nikon.

The latest attempt to stay afloat saw the company effectively hand control to its bank, HSBC. The debt for equity deal sees a new company being created to run the business, with 47% owned by HSBC, 33% by the pension fund and 20% by an employee benefit trust. In return, HSBC will loan £54 million to the new company and write off all but £20 million. Existing shareholders will receive virtually nothing.

Despite its problems, Jessops retains its position as number one in the UK, with its quarterly catalogue widely regarded as the enthusiast's bible. The company has received numerous industry awards, including being voted Photo Retailer of the Year fourteen consecutive times up to 2009 by readers of Practical Photography magazine and being named Best Processor in 2003 and 2004. It was also highly recommended for its photo finishing service in 2009.

Irrespective of its well-publicised financial problems, this remains the site to visit for photography enthusiasts and is reckoned to have around 25 million hits a month. In addition to the estimated 10,000 products that are available, you can get the latest driver downloads for your equipment, order instruction books and even enrol at the company's School of Photography to improve your skills.

The company still retains an interest in grass roots photography. An art project in Ipswich, supported by national disability charity United Response, saw 40 disposable cameras given out to local organisations with a request to take photographs of technology subjects. Around 700 photographs resulted and were displayed at an exhibition. Jessops was one of several companies that supported the project. Some members of staff even volunteered to sit on the judging panel while the manager of the local store took sign language lessons to communicate with customers better.

The Americans Are Coming
Vodaphone have announced they will be selling the Google Nexus One phone in the UK from April 30. For just £35 per month, on a two year contract, customers will get the first Google branded pho... 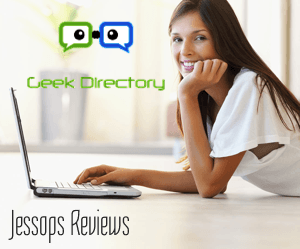 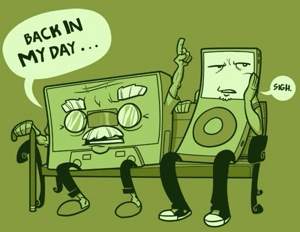