If you're a regular internet user, you'll know the pain of a slow connection when downloads seem to take forever and some websites are hardly usable. Well, OnSpeed is designed to fix that by speeding up your connection's performance.

When most of us had dial-up connections some years ago, there were various internet accelerator programs around, most of which didn't work very effectively. As broadband became more common and speeds increased, these generally faded away. OnSpeed was the exception and remains one of the most effective ways of increasing internet performance. It was previously provided by a subsidiary of Z Group plc but has been privately owned since 2004. The company is UK-based and publishes mobile phone accelerator software and other products of a similar nature available from their website at www.onspeed.com (warning: www.onspeed.co.uk is owned by a different company).

The product is available for an annual licence fee and comes with a 14-day money back guarantee so you can try it before you're committed. It's installed on your PC or Mac and works with your existing Internet Service Provider and phone number.

A dial-up connection is claimed to run 10-15 times faster, with broadband speeds increasing by five times and mobile broadband being up to ten times faster. Dial-up should, therefore, work at something near broadband speed and broadband might even run like it's supposed to do. If you're an online gamer, you could get the full-featured gaming experience you've always wanted. If you're a mobile broadband user, the cost of the service might be more than offset by the saving in usage fees. How? Read on ...

The product works by using compression algorithms to reduce the size of the data that you receive. What it actually does is divert any web pages you request to its own compression servers and then send the compressed versions to your PC, where they're decompressed by the software that's installed there. The result is a faster transmission time even though the route has been somewhat longer.

All sorts of data is compressed, including text, graphics, html objects, emails and Office documents. The best results are generally obtained on text because some graphic formats, such as JPEGs and GIFs, are already compressed. Further compression will increase transmission speeds but give poorer quality images, so you can choose the level of compression you prefer. However, images are downloaded progressively so you see the main web page content even before the full images appear. Music and video don't get compressed but you can choose to block adverts, which improves performance but will annoy the owners of the website you visit who rely on the ad revenue to stay in business. (Note: ad blockers are standard on most browsers these days with several free installable programs to rid you of them.)

As with all quoted speeds, you rarely achieve them in practice. (At home I have an 8GB line which generally only gets 1/2GB for example!) So you need to try it for yourself to judge how it works for you. With a money back guarantee, there's no real risk - as long as you remember to cancel. The product is used by a reported one million people and gets a lot of favourable reviews and awards. The ones featured on the website are only as recent as 2005, which may be more a case of not keeping it updated rather than the product being ignored recently. 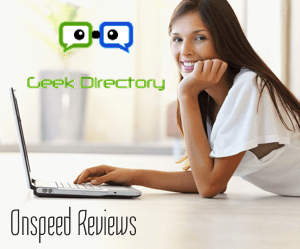 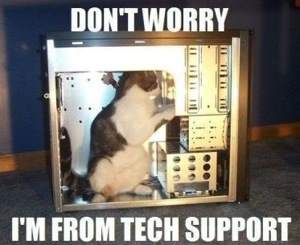