Although known mainly as a supermarket chain, Tesco is heading for world domination as it moves into insurance, finance, travel and a host of other diverse activities. Its website (www.tesco.com) has groceries, wines and other products you'd expect to find in a supermarket. But it also has a range of techy items that are increasingly sold there.

There's a range of laptops with well-known brands such as Acer, Compaq and Toshiba. You can find the one you want by selecting a preferred brand or indicating required features, type of use or price range. Unlike Argos computers which tend to be overpriced and considerably out of date by the time they get in the catalogue - Tesco have stuck to the niche of budget computing but ensured that the level of gear, including hard drive and ram memory, in the computer laptops they sell were high enough to still be decent whilst stocks last.

Various phones are also available plus iPods, digital cameras, TV sets, DVD players and other entertainment equipment from the Tesco Direct electricals section. You can also buy games consoles, games and software, plus other electric appliances with similar search choices in each category. There is a large book selection, much larger than in store, but we didn't seen anything really interesting for the geek in you - mostly just romance books and biographies. There is a DVD rental section though at www.tescodvdrental.com with a huge range of movies, with game, entertainment and film rentals under a monthly charge so you can keep 1-3 DVDs or games at a time.

The clothing range tends to be very bland - you won't find a Monthly Python Reunion shirt anywhere and you can forget clothes with clever slogans as Tescos is a middle of the road kind of retailer. But you can use your Clubcard to earn points on everything you buy.

With the face of the music industry the way it is, it's not surprising that Tesco music downloads is one of their more successful online ventures. Customers can download their favourite songs or entire digital albums for considerably less than the price of the CD. Can't fit all the downloads on? Pick up a cheap mp3 player with more memory from their electrical department.

Been too much of a World of Warcraft geek lately? Tesco's ediets might be your way to slim down after your three month doritos-and-pepsi-infused gaming binge. You can view, get information on and sign up for a range of diets with their edietshop at www.tescodiets.com - just remember that whilst dieting might improve your looks, rambling on about the new Athlon processor is still a turn off (even if you buy Tesco contact lenses to replace those geeky glasses you mum said looked "distinguished"). Also, if you've burnt a hole in your chair, there's a huge furniture section and even garden furniture so you can get some fresh air using your WiFi.

Of course, if you like to buy everything online, then Tesco has the obligatory grocery shopping with home delivery. All the groceries you see in store are on line but their website does seem to have a few bugs over manual shopping. When you shop online, often things are marked out of stock by the system even though the store might have plenty on the shelf. Online shopping can also be frustrating - when you put everything in your basket in an actual shop, it doesn't vanished when your cart crashes in to a barrier! ;)

The online store for grocery shopping is available at www.tesco.com (www.tesco.co.uk goes there too) but the other goods are available from direct.tesco.com -- not www.tescodirect.com or www.tescodirect.co.uk, which don't seem to load anything at all despite being owned by the company, same as www.tescos.com and www.tescos.co.uk. Other variants such as tescoonline or tescodvd are owned by different companies, generally showing related ads. As usual with sites that require credit card information, best to bookmark the actual site if you plan on coming back later just in case your brain isn't working right.

The main website was launched in 2000, with Tesco Direct starting home deliveries in 2006. These have attracted mixed reviews, with some complaints about late deliveries and poor customer service. The highly publicised Tesco delivery drivers suing the owners of homes they delivered too probably didn't help their image either.

The company has a presence in almost every UK town of any reasonable size but is not universally popular, often being criticised for its methods. In common with many supermarkets, it is often accused of using its dominant position to put pressure on its suppliers to drive down prices.

NEWS: The growth of the budget chains, such as Aldi and Lidl, has forced the others to try to compete on price. This has led to complaints from growers and suppliers that prices are being unfairly forced down, extended payment terms taken and up-front fees applied. A supermarket ombudsman to regulate the market has been suggested.

One outcome of the increased competition has been a series of claims and counter-claims between the different chains. The Competition Commission proposed action in 2008 to increase competition among supermarkets by introducing a new test for planning decisions on larger stores. This included examining the number of competitors in the immediate area to ensure that no company was overly dominant. Tesco complained in July 2009 that this would deter investment and threaten jobs. Asda responded by claiming it would actually create more opportunities for rivals and lead to more choice for consumers.

In September 2008, Tesco had complained to the Advertising Standards Authority about Asda TV and newspaper adverts that compared product prices at the two supermarkets. The claim was upheld on the grounds that online prices rather than store prices were used and the timescales were misleading.

In July 2009, the roles were reversed, with Asda and Aldi complaining about Tesco TV adverts. A comparison with Aldi prices was found to be partly misleading because different brands were compared. Similarly, a comparison of basket prices with Asda was ruled to not properly explain the basis of comparison.

The company's telecoms division was in trouble with regulator Ofcom in 2007. This resulted from complaints that it had switched telecom services without permission and then refused to accept order cancellations.

The drive to sell at low prices resulted in a famous court battle in 2002 with Levi Strauss. The supermarket chain had been unable to obtain supplies of jeans from Levi Strauss, which thought that selling them from supermarket shelves would damage its brand image. Nevertheless, the company obtained them though the grey market and sold Levi 501s for £32.99 against the normal retail price of around £50. It eventually conceded defeat after the European Court of Justice ruled that the practice broke European trademark laws and the High Court backed its decision.

Lower prices were definitely achieved in September 2009, although not in the way the company intended. A faulty pump at a Cambridgeshire petrol station dispensed petrol at 40 pence a litre for almost a week. Queues at the pump eventually alerted staff to the problem and an engineer was called in to make repairs. 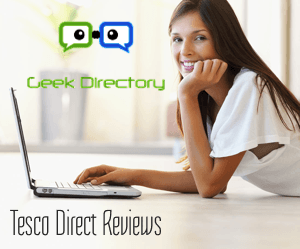