Although often thought of as one of the newer computer sellers, Dell was actually launched in 1984 with the name PCs Limited. It started in founder Michael Dell's dormitory room with the aim of selling PCs directly to customers. The first own design computer was produced one year later and the company name was changed to Dell Computer Corporation in 1988. Selling from the website started not long after the birth of the world wide web in 1996 and the current name of Dell Inc. was adopted in 2003 to reflect the fact that the production line had gone beyond just computers.

It is now the leading PC provider in the US, the second worldwide and the UK is its second largest market after the US. Its products have won numerous awards and it is particularly concentrated on design awards, with four received in 2002, rising to five in 2006, eight in 2007 and 48 in 2008.

The website (www.dell.co.uk) has a whole range of laptop and desktop computers aimed at anyone from home users to large businesses (defined as those with more than 500 employees) and the public sector. You don't actually stay on the UK website for long because for most things you're switched over to the European version (euro.dell.com).

If you're wanting to buy a computer, printer, TV or other electronic gadget, you can browse by category or run a search. There are also some 'hot offers' so you can pick up a bargain (as far as a Dell can be a bargain that is!) and there's the opportunity to select different designs for laptops.

As well as buying off the website, you can order over the phone or through more than 34,000 stores worldwide. These include 160 PC World stores in the UK plus over 820 Carphone Warehouse outlets, where a deal has been struck to offer the company's thin and light Inspiron 112 laptop. The converse of this is that the company is also offering other firm's products through its own sales channels, in particular TVs from Sony, Toshiba, Samsung and others supplementing its own brand offerings. A wandering from the original purity sought by the founder?

The price of home products generally seems to include VAT and shipping whereas business products are priced without, so check the final cost. Finance is available with a loan that can be approved online. Support is available in various forms - some free, some at cost and there's the usual range of blogs and forums where you can get your geeky socialising fix.

The news surrounding the company hasn't always been good and it was at the centre of the exploding Sanyo laptop battery fiasco in 2006. This affected some Latitude and Inspiron models, with around 18,000 being recalled as well as some machines from Hewlett Packard and Toshiba. A smaller number were recalled in 2008 as a result of the same problem.

The company was accused of misleading its customers in 2007 by failing to provide promised support services and advertising credit at 0% interests and then turning down applicants but offering loans at a higher rate. It denied the allegations but lost the court case, agreeing to pay £2.4 million in penalties, costs and compensation as well as changing its adverts.

Accusations have also been made over poor customer service, with the company at one time removing the free phone support number from its website in an alleged attempt to reduce the number of calls. However, it has since made efforts to improve the level of service it says.

In common with many PC sellers, the company is affected by falling hardware prices impacting on its revenues and is looking to diversify into other areas. A plan to buy consultancy Perot Systems Corp will enable it to expand its range of services and improve margins. However, the proposed price of $30 a share represents a 67.5% premium and is considered high when the overall cost is equivalent to 1.4 times sales against the 0.6 times sales paid by HP for EDS.

The company is also shutting down its Limerick plant, with an EU grant of €14.8 million aiming to help the 1900 Irish workers made redundant and others affected by the closure. Work is being transferred to Poland where a government grant of €54.5 million is helping to set up a plant that will employ 3000 people to make desktops, notebooks and servers.

This all makes things sound a bit gloomy for the firm. Well, it is. But, at least they're not going bankrupt and there is some serious comfort in that.

Navigation gets a little funky too as they have a habit of setting up individual sites for some products e.g. www.adamobydell.co.uk or www.alienware.co.uk - but if you type in www.latitude.co.uk you get a marketing consultancy. Also, despite that fact that you can visit each of these sites individually, any product link tends to just throw you to the main euro.dell.com/uk website anyway. Not sure what's going on there, but certainly you should bookmark the right site to avoid getting lost in the future if you remember any specific address wrong.

Nokia Hacks, Fujitsu Strikes and Samsung Stamps
>> Samsung has announced the release of their WB650 and WB5600 12.2 mega-pixel cameras. The point and shoot cameras with an amazing 15x optical zoom even have built in GPS technology so images... 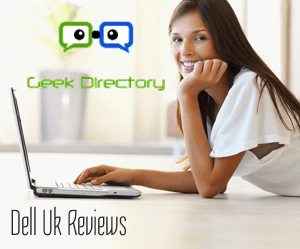