OneStopPhoneShop began trading in 1995. It was one of a group of companies that initially competed for business by taking out daily advertisements in national tabloid newspapers such as the Sun and Daily Star. In 1998 OneStopPhoneShop launched a web site to compete with the main web-only mobile phone retailers of the time, Mobileshop and Mobiles.co.uk. By early 2005, they were connecting about 10,000 pay monthly customers every month and were the second biggest online retailer. It was bought in March 2005 by Carphone Warehouse Limited for £15m and its web-ordering and sales units were moved to Loughborough, e2save's base, in July 2007 as parts of the OneStop operation were absorbed into e2Save. In 2001, the Onestop shop was awarded the Orange Direct Response Dealer of the year 2001 award, and through 2002, 2003 and 2004 they remained Orange's largest direct response dealer. In 2006, they joined with Mobiles2go, which now operates in association with them.

The aim of Onestop mobile phone shop is to offer the most competitive offers on mobiles from its online store. It has supplied more than one million customers since its launch and deals exclusively online. Its website can be found at www.onestopphoneshop.co.uk (www.onestopphoneshop.com goes there too) and OneStopPhoneShop has relationships with all of the major UK mobile networks. Orders placed are subject to a cooling off period as always and there is a fast deal finder to help you locate the right tariff for you. The website can be searched by manufacturer, network or phone features or even by free gift to help you narrow down your search. One stop phones include all of the popular brands, such as Nokia, Sony Ericsson and Samsung, with a range of clearance phones available at specially reduced prices. Special deals change regularly and are featured on the front page of the website.

Most handsets at Onestop phone shop are free and many come with cashback, line rental discounts or free gifts such as Nintendo Wii, Xbox 360 or TVs. They claim that after offering customers cashback deals for over ten years, onestopphone shop have more experience than other retailers and therefore don't offer you deals that can't be met. There are no delivery charges and new contract phones are supplied with three months free insurance and one months free technical support. You can track your order online. Insurance is also available, which begins as soon as you receive you phone.

Both pay as you go and monthly contracts are available through One stop mobiles and SIM card only deals are also on offer. Current customers are entitled to a payment for recommending a friend and there is the option of signing up to a newsletter that offers news on the latest phones as well as exclusive offers only available via the newsletter. The onsite blog offers more information about new handsets and is updated regularly. One stop mobiles broadband service is through TalkTalk.

The One Stop mobile shop price match guarantee applies to mobile phone handsets sold with a network connection. If you are able to buy the deal on the same network operator's price plan and minimum contract term at a cheaper price than that offered by us from another UK based online retailer or telephone retailer (which excludes network operators) which are not part of the Carphone Warehouse Group then Onestop mobile phone shop will try to match the cheaper price. Onestopphoneshop's name leaves it wide open for errors such as 1Stop e.g. www.1stopphoneshop.com, www.1stopphoneshop.co.uk or a more common error of www.onestopmobileshop.co.uk or www.onestopmobileshop.com. We didn't start checking all the possible variations on this because the range is too huge, so it is best to bookmark the site once you get there just incase you want to come back later. We didn't find any similarly named mobile phone retailers but you never know.

Nokia Hacks, Fujitsu Strikes and Samsung Stamps
>> Samsung has announced the release of their WB650 and WB5600 12.2 mega-pixel cameras. The point and shoot cameras with an amazing 15x optical zoom even have built in GPS technology so images... 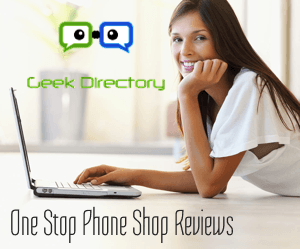 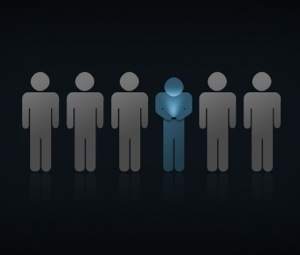