Claiming to be the UK's largest online supplier of stationery and office supplies, this London-based company has been going over ten years and launched an Italian operation in early 2009. The company has so far delivered over 1.2 million orders and sold to 195,000 small businesses according to their site.

The website (www.euroffice.co.uk) has a selection of over 35,000 products that include the usual range of office supplies, printer ink, furniture and paper products. For the techies among you there are almost 3,000 technology products that include audio and video items, cameras and telephones. If you're romantically inclined, you can order flowers (no, seriously! you've never seen flowers in an office?!), while for eco warriors there's a greener office section that has 'eco friendly' stationery, recycled paper and fair trade coffee.

You can browse by category and search by product code or keyword. If you can't find what you want, try the virtual office where you can wander around and click on items of interest. Really, try it! It's pretty funky!

The site has various special offers that promise big savings and you can sign up for email alerts to get advance notice of them. These include clearance items, bundle offers, quantity discounts and extra reward points that you can cash in against gift items such as chocolates, plants and shopping vouchers. There are also deals such as discounts for new business client's first order or gift vouchers for orders over a set value.

The company was a finalist at the BOSS Awards in 2002-2005 and won the BOSS 2006 Dealer of the Year Award. It was also named as an Emerging Retailer of the Year in the 2005 and 2008 Office Products International Awards (not sure how it was emerging three years apart, maybe we read it wrong) and was a finalist in 2007. A listing on the Sunday Times Microsoft Tech Track 100 in 2004, 2005 and 2007 ranks it as one of the UK's fastest growing private technology companies.

Two of the company's Sonix black leather tub chairs featured in a September 2009 edition of ITV's interior design show '60 Minute Makeover'. The items were located as a result of a search of the company's website and were donated for the show, as are all products that are used.

If you happen to do a web search to find the site, there are some similar names around so take care you don't finish up in the wrong place. EuroOffice (www.multiracio.com/eurooffice) is actually a derivative of the open source OpenOffice rival to Microsoft Office while Euro Office Supplies Ltd (www.euro-supplies.co.uk) sells euro slot punches and hanging tabs. There's also Euro Office (www.eurooffice.com), a Swedish company that develops ergonomically correct tools for computer users.

Confused? (I really hate that an insurance comparison site has ruined that word for me ...) Well, at least they've got a hold of the dot com (www.euroffice.com) as well. Probably a good idea to bookmark the site if you plan on coming back later.

» I Want One of Those
» HiFiBitz
» Borders
» Euroffice 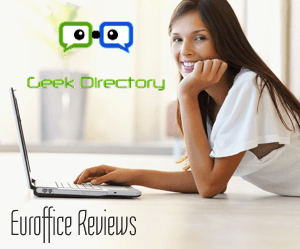 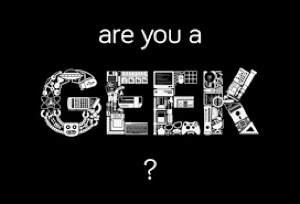